The Philippine Launch of the Canon 5D Mark IV 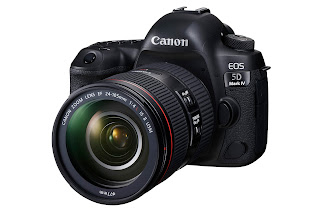 The camera is the successor to the very successful Canon 5D Mark III. This line of cameras had been a favorite go-to cameras by videographers and have been extensively used in big budgeted movie sets, independent film producers, and the occasional/casual videographer.


Canon Philippines brought over media experts Michael Ori and Joey Jonaitis to highlight the extensive capabilities of the the 5D Mark IV. 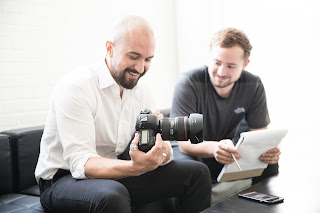 With the new model, 4K video is now available. Also, GPS is built into the camera so there’s no need to buy an extra accessory to geotag your photos and videos. It also has a built-in wifi and NFC antennas so transferring photos and videos to your smartphone is now a possibility with this line. With the wifi and NFC connection also, you can use your camera as a viewfinder for remote shooting. There’s also a time-lapse mode so that is a big plus for those who want to capture these kinds of shots.


The 4K video quality is so great that you can actually "pull" stills from the video and actually make printable photos!


But of course, the Canon 5D Mark IV is first-and-foremost a stills camera and with this, fashion photographers, wedding photographers, and even street and landscape photographers will be very happy.


The Canon 5D Mark IV produces 30 megapixel cameras. And the ISO rating ranges from ISO100 to 32000 and can be expanded to ISO102400. What this means is that, even in almost complete darkness, you will still be able to produce photos, albeit you would need to reduce the noise down.


With the Digic 6+ processor, the camera can also shoot stills at 7 frames per second so you will be able to keep up with some sporting events.


The photos that appeared here are from Canon Philippines. Alas, it's the first time I've had an SD card failure... The worst feeling for a photographer... Well, one of the worst...
Posted by garybc at 4:22 AM