How Scott Bourne Changed My Life


Scott constantly holds contests and, this time around, I was very lucky to win. You can just imagine my glee when I found out! While watching a Yankees game, my iPod Touch

informed me that I have a new Twitter mention - it popped out a message from Scott informing me that I won. I lost my breath! I told the wife and the two of us went on screaming and jumping at the same time! I couldn't believe my luck. I emailed Scott my info and he sent me the package the next business day. I was giddy waiting for it to arrive.

Then it came. I still couldn't believe it. I opened the box and out popped the contents of the package. Yes, the content comes with an "s". This was what I looked like when I got the main prize 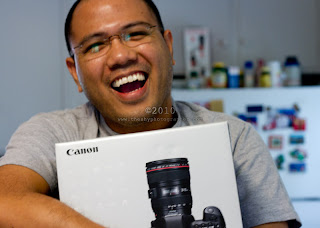 And this was what I looked like a few seconds later: 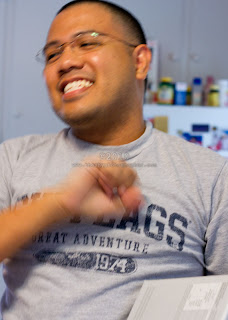 I was hyperventilating again and I had to pump my chest! (Photos taken by the wife.) This is, so far, the biggest prize I have received.
(Quite coincidentally, a few nights prior, I told the wife that the next time I'd buy a DSLR I would like it to be a full frame sensor, say a Canon 5D Mark VII or whatever Canon will call it then.)
So, I would like to thank Scott Bourne (website, twitter) and Xritephoto (website, twitter). I am hoping that I'd also come to a point when I would be the one who will be able to give away stuff. But for now, I have some manuals to read...
And for those who do not believe in Scott's contests, well, if these pictures won't convince you, I don't know what else can.
Posted by garybc at 11:02 PM 4 comments:

The wife and I really enjoyed going to the Princeton Public Library. It is actually one of our favorite places here in Princeton and where we hang out whenever we can. For me, it is a place where I can read in peace, wrestle with my thoughts and come up with new ideas, whether for photography or for my writing. It is also a place where I can borrow books (of course!) and rent movies and music.

But aside from those, there is one other thing which the wife and I really love - the annual book sale. There are always books for sale there but this special event is something the wife and I look forward to every year.

About 20% of what I read are fiction and science books with the rest of devoted to reading and learning about photography. So, when we went to the annual book sale, I went right into the Art/Photography section.

There were a lot of great books. In particular, I bought two books that centered on themes and the art of photography. The books are around thirty years old but it didn't matter. How we view things and how we make beautiful pictures have not changed much anyway. As a matter of fact, I have a blog post where I said that one way to learn about photography is to look at works of art. Those works of art are called masterpieces for a reason...

So, wanna learn about photography and photographic techniques? Go to your public library. You not only gain a lot by reading but you can also show your support by buying the gently used books on sale.

Posted by garybc at 9:48 PM No comments:

A (Hypothetical) Solution to the Megapixel Wars

I have a theory.

This thought was developed when I looked around for a point-and-shoot camera.

When the Canon G11

was released it had "only" 10 megapixels to its credit. The model before that, the G10, had 14 megapixels. This maneuver was done to improve the quality of the pictures and the camera's low-light performance. Based on the reviews I've read online, the G11 really did well on both accounts. The latest iteration, the G12

So, this is my theory: say you have a 14 megapixel camera - I think that you would be better off with setting it to a lower megapixel setting. I don't have a point-and-shoot right now because the one the wife and I had gave up the ghost, so I shot a couple of pictures with my DSLR

. I shot JPEG with no noise reduction processing in-camera nor in post. One shot is an 18MP shot while the other is an 8MP shot.

The question now is, can you guess which is which... :)


I feel that there is a very slight difference but my judgement may be biased because I knew which one is which. So I am hope that someone would test this theory also and either verify my claim or tell me that it doesn't really make a difference. A link to your pictures would also be helpful.

(PS. I have to admit, the Dual DIGIC 4 processor of the 7D really did a good job of reducing the noise. So the only way for me to answer this is to have an "ordinary" point-and-shoot.)
Posted by garybc at 1:11 AM 3 comments:

Suffering in Secret... A Reflection on Scott Bourne's Post

I am a penchant follower of Scott Bourne. His websites can be found here and here. One of his blog entry discussed the "Photographer's Secret - Pain and Injury". After reading that entry, I started to reflect on my own plight. I began to asses how "fit" I am when it comes to photography.

is now heavier than the one I had before

. Add to that the lens

and I have a set up that can be quite daunting. I used to not think about this, but after reading the article, I suddenly focused on my own mortality, so to speak. I have a bad left shoulder, a bad right wrist and the back of my neck is constantly aching.

I recently watched a youtube video by Yuri Arcurs on how to instruct a model (link here). I learned a lot from that video and the wife agreed when, on one afternoon, I used the "hand" technique when I was instructing her on where to look. But, another thing I took from that video is that Yuri was using a monopod during the photoshoot.

I am not one to complain but the pains that I feel cannot be disregarded. I might even be doing myself some harm by ignoring them. It's time to admit that I feel the pain.

Last Sunday, 10-10-10 (Oct. 10, 2010) was the Princeton Public Library's 100th year birthday. I signed up myself and the wife for a short tour of the town, ate cake, and enjoyed some rock music performed in front of the library. It was a joyous occasion. Here are some of the pics that I took of the different events.

Our point-and-shoot Sony Cybershot camera gave up the ghost. Actually, it feels like our camera is scared of ghosts. When I turn it on, the camera vibrates non-stop deeming it useless.

So, the wife assigned me to look for point-and-shoot cameras. I belted out that I want the Canon G12

but she said the if I want that, then I would have to get it on my own dime (ouch!). Also, she objected against the G12 because she wants something that she can put in her pocket and is easy to operate. She can hold her own when it comes to high tech gadgets but she wants to simplify things as much as possible.

Since I already use a Canon DSLR

, I first scouted for Canon Powershots. I picked one, then researched some other brands. I thought that the megapixel wars is over but when I looked at the specs of the relatively cheaper point-and-shoots, I realized that, at a minimum, the pixel size is at 12MP. As a point of comparison, the Canon G12 has a pixel count of 10MP yet, the G12 has a bigger sensor than all those point-and-shoots. Even the Canon Rebel XS

has a pixel count of 10MP but has an APS-C sensor! What gives? Do the camera companies still think that the higher megapixels is still the way to snare the people who are not very fluent in photography?

Anyway, I am leaning on getting the Canon Powershot SD1400IS

. I'll put out a review of it when I have it, but it will have to pass through the wife's scrutiny first.

(Note: the Canon Powershot SD1400IS is a 14MP point-and-shoot so I still don't know how it will perform and what's the quality of the pictures would be like. I'd have to put it through some tests first.)

The title says it all...

I am in a bit of a slump, photographically speaking. There is no new adventure, there is no new travel opportunity, there is not even a friend's event that I can take pictures from - even for free! I don't know how I'll get over this, but I am wracking my brain to find a solution. Well, Autumn's here, so I would be able to take photos of the changing colors. I also enrolled in a photography class that will start next week. Those might be able to pull me out of the doldrums. And, while I await a change in this dull, murky, typical overcast Northeast-change-of-season weather, I'll look back at some of the photos that I took and read a photography book

by David duChemin that has been in my bag for some time now. I'll let you know what I think of the book after I've done with it. 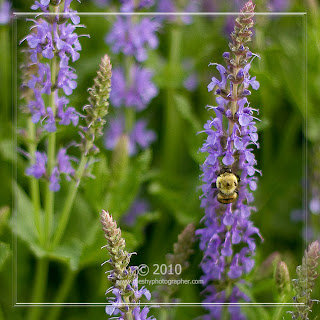 Posted by garybc at 4:10 PM No comments: