I Survived Reviewing the Samsung Galaxy J7 Prime! My Story...

I'll be honest. I am an iOS user and am a big fan of Apple.


So, it seemed unimaginable for me to use, much less like, Samsung branded smartphones. But that's exactly what happened when I used the Samsung Galaxy J7 Prime for the first time. 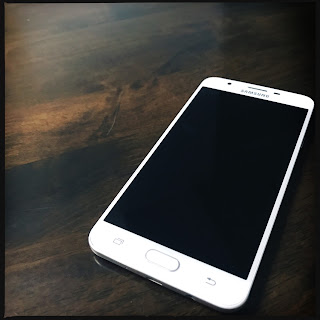 It is a smartphone that has a 5.5-inch display. It has 3 GB of RAM and it has a 13-megapixel main and 8-megapixel selfie cameras. It has 16GB of internal storage though storage can be expanded using a micro-SD card. It runs on Android 6.0 Marshmallow and it has a huge battery rated at 3300mAh. It has full HD resolution display and the phone comes in either gold or black. The one I am reviewing is the gold version. It has wifi, bluetooth, GPS and dual SIM trays. Surprisingly, though, it does not have NFC. There's a headphone jack, of course. It can connect to cellular connections via GSM/CDMA, 3G and 4G/LTE. 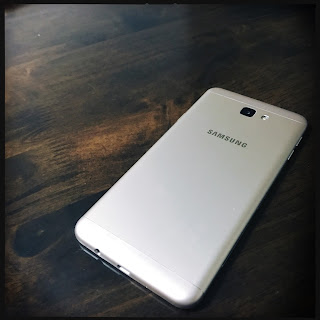 The build quality, as can be expected of most phones in this day and age, is great. It has a brushed metal construction and the glass front seems to wrap around the edges. This makes the phone feel smaller than the iPhone 6s+ though both have the same screen size. It feels good in the hand and, in some cases, one-handed operation can be achieved. It has a fingerprint sensor located at the front home button. 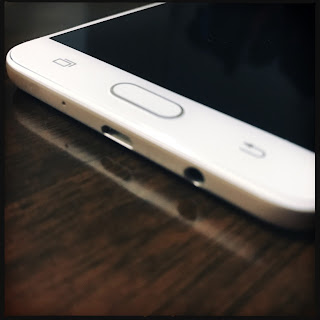 So how did it feel like using the phone?


Well, the phone is really snappy. I deliberately opened a lot of apps and, despite having 15 or so apps running in the background, the phone did not suffer any significant slow downs. The fingerprint sensor is very responsive, even more responsive than the one that is in the iPhone 6s+, especially when my fingers got sweaty when I work out. I am just wondering, though, why there are only three slots for fingerprints. For me, the minimum number should be four: two thumbs and two forefingers... Anyway, I was surprised to find out that I really didn't have to press the home button for the J7 Prime to begin unlocking the phone. I just need to rest my thumb on the home buttons and the phone will unlock it. 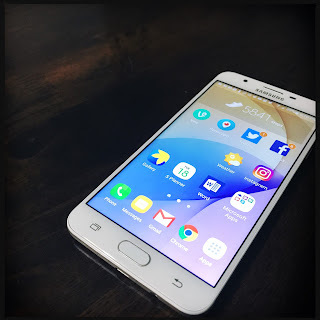 As an iPhone user, it took me some time to get used to the buttons at the base of the phone. Normally, with the iPhone, I rest my thumb on the right or left side of the home button. However, as there are buttons beside the home button on the J7 Prime, I almost always invoked the "Back" and "Multitasking" buttons on it. It took me a couple of days or so to get used to it and now, I actually miss it on my iPhone... 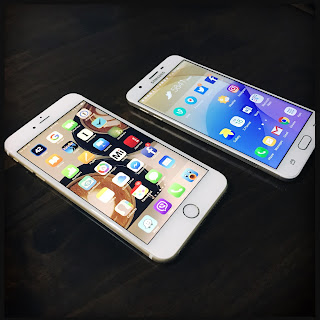 But of course, smartphones are smart simply because of the apps available to it. There are stock apps made by Samsung itself, like its own calendar, mail, web browser, etc. However, I just used the ones provided by Google as my main drivers for all of my Google-related subscriptions. I can say I am fairly happy with it. But of course, I downloaded other non-Google made apps also, like Twitter, Facebook, Instagram, etc. And these apps are as functional as their iOS counterparts, though it feels as if the apps equivalent on iOS are more mature. Also, I miss other apps that are made exclusively for the iPhone, like Tweetbot and Hipstamatic. But these base apps are of course all great. (Snapseed, the one made by Google, is of course a great photo editing app also.) 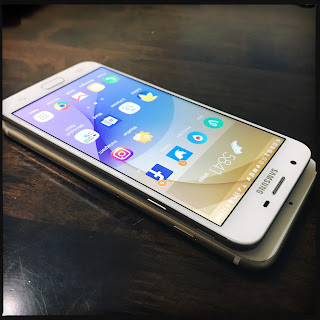 So, as far as social media is concerned, the Google Play Store has you covered. And of course, there is also the Galaxy App Store where you can buy apps also. The Samsung App store even has some apps that are exclusive to Galaxy users. 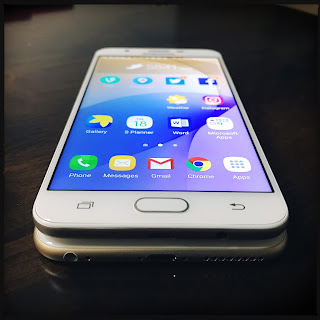 The sound produced by the J7 is very nice when used with a decent pair of earphones. And yes, there is a 3.5mm headphone jack here. The loudspeaker of the phone is loud enough, though it is not as loud as the one on the iPhone 6s+. Also, the sound produced by this speaker is on the tiny side and mids and highs tend to be muffled. 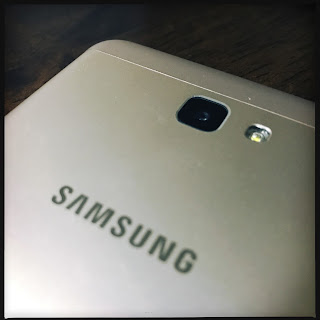 And, because I am primarily a photographer, I used the camera on this phone extensively. It shoots Full HD 1080p movies, though there is no 4K video capture. But what is more surprising for me is the exclusion of slow motion and time lapse, a couple of things that I really, really like and look for in cameras that I use, whether cameraphones or actual cameras... For stills however, this camera has a lot of gimmicks for potential users. There is Panorama, HDR, and "Beauty", to name a few. Yes, "Beauty". In this mode, the phone smoothens out whatever wrinkles you may have on you. I tried it out, and, well... Don’t use it extensively. The “smoothened” out portion of your face might have some artifacts from whatever software ninja the phone did. Just look at the change in color on my right cheek on the photo below... 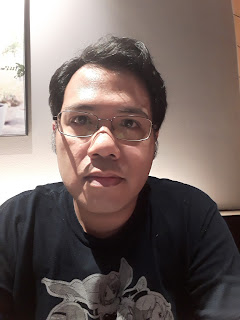 There is also a "Pro" mode in the camera app and with this switched on, you can actually control the cameras exposure compensation, ISO value and white balance. However, you cannot control the aperture priority nor the shutter speed for each shot. 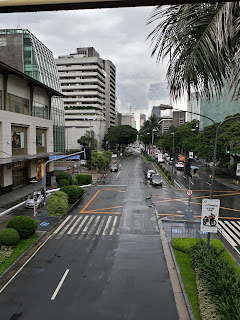 Images come out nice. Photos in brightly-lit conditions come out nicely, though the phone cannot really handle scenes with high dynamic range: details are lost in the dark portions of the pictures. Photos that come out straight from the camera are punchier as compared to the ones produced by the iPhone 6s+ when taken from amply lit rooms, like in a restaurant. That is, the photos produced by the J7 Prime are more saturated. I like it. However, under bright sunlight, photos come out washed out. 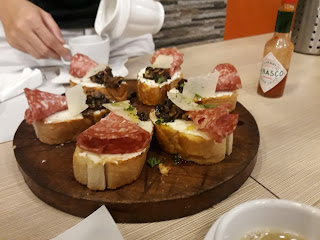 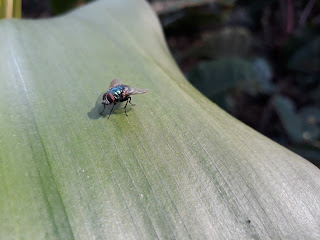 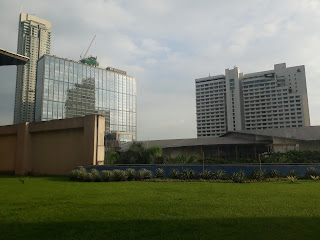 Also, photos produced by the J7 Prime have a warmer tone to them, compared to the iPhone 6s+.


My gripe with the camera however, is that it is slow to focus. The focusing speed of this phone pales in comparison to that of the iPhone 6s+. What’s more, you can set the focus point of the shot before you actually push the shutter release button. But, when you do press that button, the camera will refocus and there is even a chance that the camera will focus on something else. I was hoping that the camera of this smartphone would have fared better… The other smartphone that I am reviewing, the Huawei P9 focuses faster than the J7 Prime. 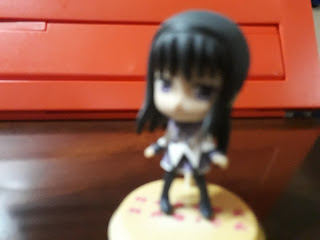 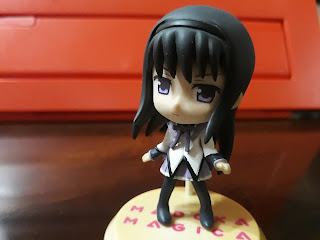 All in all, the camera in the J7 Prime will serve many people well and only really discerning photographers will be able to tell its shortcomings. And anyway, when you let Instagram process the photos, things will actually even out. It will be up to your preferences how you want your own photos to look.


As a final note, the camera has no optical image stabilization, so that's another thing you have to consider when you make photos in low light conditions. The f/1.9 maximum aperture will be a big help but you can only take this so far when the amount of ambient light go down. And of course, when the light decreases, the amount of noise in your photos increases. So, in low-light conditions, proceed with caution... Sample video can be found here:

Anyway, I never thought I'd say this, but I actually enjoyed my time reviewing the Samsung Galaxy J7 Prime (though that name is really a mouthful...). It is really a very capable phone and it is a nice entry to the world of Android (if you are an iOS user). I had a great time using it and I am a little sad that I have to return it. 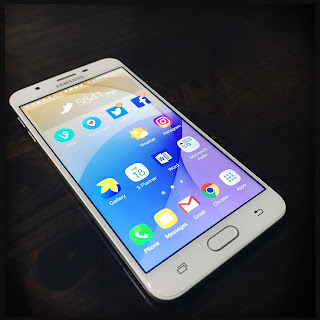 Photos shot with an iPhone 6+ using the iOS app Hipstamatic