Removing People from Your Pictures - A Photography How-To

So, you arrived at a very famous touristy spot. You set up your tripod, waited for that oh-so-perfect moment, then, waited for the people to clear out.

Well, that's when everything falls apart - you waited for the people to clear out. Well, people are there simply because it is a famous spot and people won't be there if it isn't. (Well, it's actually a chicken-and-egg conundrum: are people there because it's famous or did the people going to it made it famous? Hmmm...)

Anyway, you might as well be waiting for the time that will never come.

But, there is something that can help you remove the people in your pictures: time.

Wait, before you protest, I am talking about a different kind of time: the shutter speed of your camera.

Take this as an example: I went to Millenium Park in downtown Chicago and, being winter, there is an outdoor ice skating rink. And, being a weekend, there are a lot of people on the ice.

So, after I wrapped the legs of my Joby Gorillapod SLR Zoom to one of the fences, I took a series of shots to illustrate my point here.

Here is my first shot:

But, see the magic unfold when I use a longer exposure time - the longer the exposure time is, the more people disappear from the shots! Magic! (Note that I was adjusting my aperture as I adjusted my shutter speed to retain the proper exposure.)


I got lucky here because of the fact that people, on an ice skating rink, are constantly in motion. But, you can see two flaws in using this technique:

The second has a solution - use a neutral density filter. The first... Well, short of shouting at the people to move, I really cannot think of any other solution.

After some time, the ice needed to be maintained so the people where asked to leave the ice so that it can be resurfaced. That would have been an opportune moment - there won't be people on it - though the big old machine might leave a shadow on my shots - it is slow moving after all...

But, at least I was able to minimize the people on the shots. Or, you could just accept the fact that the place is a famous one and include the people in the pictures - that is another shot in itself anyway. :)

My review of the Joby Gorillapod SLR Zoom can be found here.

An example of a neutral density filter can be found here.

Want the best backpack for your DSLR? Check out my review of my favorite, the Lowepro Versapack 200AW, here and here.
Posted by garybc at 10:34 PM 1 comment:

Chicago at the Blue Hour

Thankfully, there's Kevin Kubota's Lighting Notebook. The book shows the diagrams for the different shots and the budget and number of hands necessary to make each.

I got so inspired that, when I got my Westcott Umbrella, I made these portraits. Of course, in the spirit of the book, I would like to include my diagrams also:

But of course, Kevin's pictures and subjects are prettier. If only the wife were available when I took these shots... :)
I got so inspired by the book that I want to try out the different set ups on my own. Kevin's set ups would be a good starting point for anyone who wants to improve their portrait photography.
So, if you want to improve your photography, as I am, based on your budget and on the number of hands, or stands, available to you, Kevin's book would be a very big help.
So get your copy of the book by clicking on the link below!
Highly Recommended!
--------------------------------------------------
Shots made with a Canon 7D, a Canon EF 24-105  f/4L IS USM lens, and Canon 430 EX II speedlite(s). My review of the Westcott Collapsible umbrella can be found here.

Want the best backpack for your DSLR? Check out my review of my favorite, the Lowepro Versapack 200AW, here and here.
Posted by garybc at 11:30 PM No comments:

Luminous Field by Luftwerk at the Millenium Park Chicago

Details about the show can be found in this link.

A not-so-funny thing also happened. Because I was crouched so low, I almost got trampled on in several occasions...

My review of the Gorillapod can be found here.

Want the best backpack for your DSLR? Check out my review of my favorite, the Lowepro Versapack 200AW, here and here.
Posted by garybc at 11:45 PM 1 comment:

Want some form of stability in your photography but do not want to carry the bulk? Then consider the Joby Gorillapod SLR Zoom.

If you are not familiar with the brand, the Gorillapod is a short tripod with flexible legs. You can wrap it around objects, like a tree branch, a chair, anything that can serve as a stable platform for your camera. 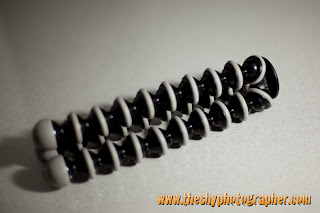 You can bend it to your heart's content, though bringing it back to its straight configuration can be quite tricky. 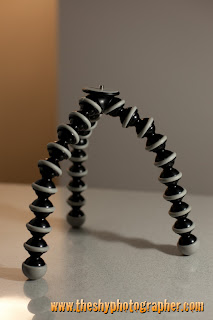 Paired with the ballhead, this is a perfect system if you want to have the option to stabilize your DSLR and yet do not want to risk breaking your back by carrying a full-size tripod. 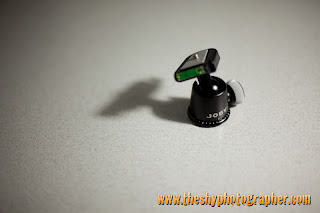 The tripod-ballhead pair can carry my Canon 7D with a Canon EF 24-105 f/4L IS USM lens. However, I cannot put my camera in a portrait orientation - the base is not wide enough so the system tends to topple and the ballhead starts to sag down. 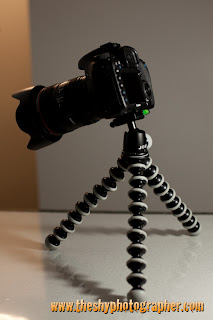 If you're system is heavier than mine, Joby recommends that you upgrade to the Joby Gorillapod Focus.

But, all-in-all, I am very happy with the Joby Gorillapod SLR Zoom. I now have a tripod that I carry with me almost everyday.

Here is a video, taken with an iPhone4, of how I attached the tripod on the back rest of a bar stool.

The wife and I attended the Sinulog Festival. (If you are not familiar with this, check out this wikipedia entry about it.) This is an annual event celebrated by the Filipinos near and around Chicago but, for the wife and I, this is the first time we have attended one here in the US.


It was a very colorful event and all of the performances were done gracefully. Of course, I took this as a great opportunity to whip out the camera and capture the drama unfolding before me.


For the rest of my photos, check out the slide show below:

Want the best backpack for your DSLR? Check out my review of my favorite, the Lowepro Versapack 200AW, here and here.
Posted by garybc at 11:30 PM No comments:

Want to take your photography to the next level? It requires a minimum of two steps: 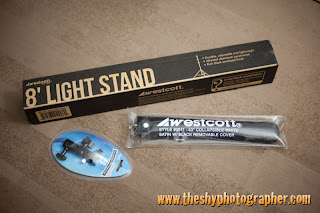 I got lucky I chanced upon this kit. I say kit because it comes with its own stand and speedlite holder. You can either use it as a shoot-trough umbrella or you can use the black cloth that came with it and use the umbrella as a reflector. 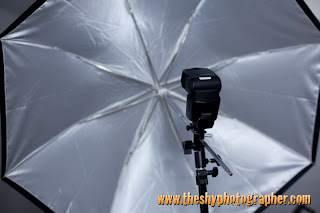 Your speedlite and umbrella are attached to the included shoe mount bracket. The black cloth is easily removed and put back.

Now, I said there are a minimum of two steps. Why two?

Well, if you just remove the flash, then this is what you can get: 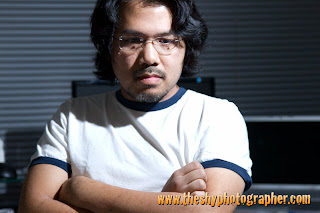 Ooh! Ouch! That's blinding light! But with the light modifier: 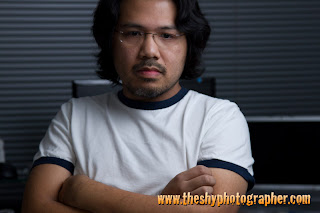 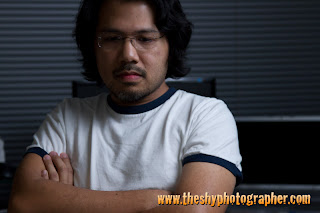 What is produced is a nice, soft, very flattering light. (Now, can you tell which is the shoot-through shot and which is the reflected-light shot?)

So, if you want to improve your photography without having to spend so much, get your umbrella here.

On a below-freezing but a quite gorgeous day, I went to Chinatown in the South Loop and participated in the Chinatown centennial and Chinese New Year celebration. The colorful parade and the general happy feeling made the venture outdoors, despite the frigid conditions, very much worth it.

Majority of my photos are in the slideshow below.


For iOS users, you can view the photos here: