The beginning of a new love affair...


As far as gadgets go, I have two great loves. One is Apple, which started in 2006 when I got my first polycarbonate white MacBook. After that, I haven’t had a computer from another brand. It continued with the iPod, iPod Nano (still one of my favorite gadgets), the iPod Touches, the iPads and, of course, the iPhones. I had several kinds of each, but, my most favorite so far are the iPhone 5s and now, of course, the Xs Max. 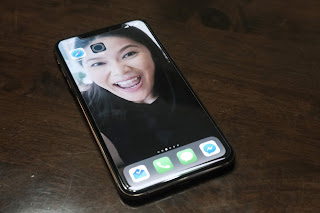 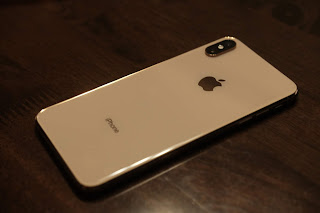 My second great gadget love is the one that started just a couple of years ago when, one fateful afternoon, I held my first camera from this brand: the Fujifilm X-T20 (my review here). It was love at first sight.


However, not all loves are meant to last. Because I discovered something that is much, much better than the X-T20. (A newer version, the X-T30, can be viewed in amazon here.)


I discovered the Fujifilm X-T3!


The Fujifilm X-T3 is the epitome of perfection... 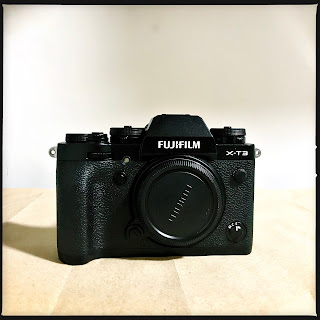 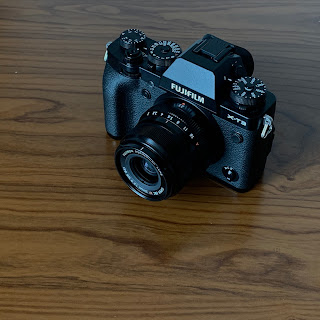 That is, for me, my short unbiased review.


Ok, it is not unbiased. I mean, with this camera, you cannot help but be biased... After all, the Fujifilm X-T3 is one of the best cameras out there.


Let me expound on this. 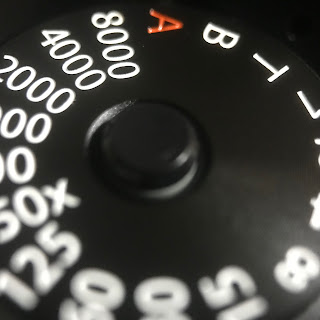 And the moment you touch it, you will feel how high-quality this camera is. It is compact but does not feel cheap. It is light compared to DSLRs but it does not feel less of a camera. And, sure, it is not as light as other mirrorless cameras but the weight feels just right! It does not feel hollow. 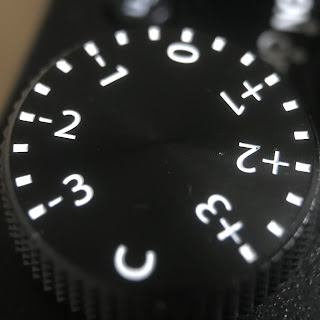 The moment I held the X-T3, my fingers already knew where to go. My hands and fingers and the X-T3 are meant for each other. 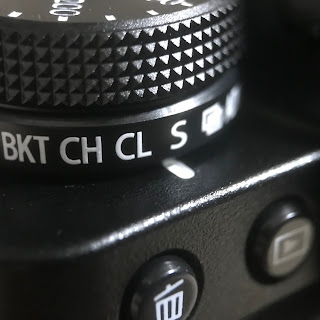 The camera has a fair share of knobs, dials and buttons. These are what make it, and most Fujifilm cameras, great. The buttons are a throwback to the bygone age of film but they are also a very nice bridge to the digital age we have now. The buttons are a great departure from smartphone photography where you do not have much control, if at all. With this camera, you can be as deliberate or as slow as you want - you can adjust the aperture, the shutter speed, the ISO and the exposure compensation separately with just a turn of each respective dial. 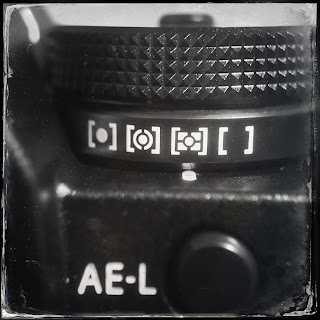 Or, you can set everything to “auto” and do your photography like what you have on your smartphone. You will just have much better photos because the T3 has a much bigger sensor compared to any smartphone on the face of the planet.


The camera is weather-sealed so it will be able to survive rains and splashes and sand. But of course, you need to pair it with a weather-sealed lens also (like this one).


And speaking of smartphones, now, you can connect the camera to your smartphone via Bluetooth. This feature is a long time in coming and I am just happy that it’s now in the X-T3. With Bluetooth, you can geotag your photos so you will be able to remember where exactly you took your photos. You can also use your camera as a remote release, something that is very useful when you don’t want to touch the camera to take pictures. 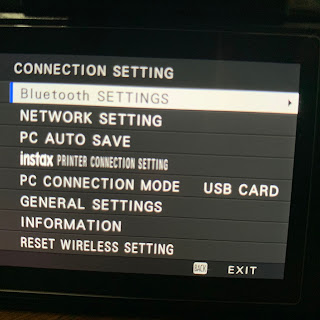 The X-T3 also has wifi on board. With it, you can browse the photos in the camera and download them to your phone if you so choose. With wifi, you can also use your phone as a remote control!

Now, you may ask, what is the difference between the “remote release” and the “remote control”? Well, in the former, you cannot see the thing you are shooting on the phone; you would have to rely on the camera for all the settings. In remote control, however, what the camera sees is displayed on the phone screen. You can even change the aperture opening, the exposure compensation, white balance, and film simulation. You can even use your smartphone to trigger video shoots.


Another thing you can do with the camera’s wifi antenna is you can connect the camera to your home WiFi and auto-upload the photos to your computer. 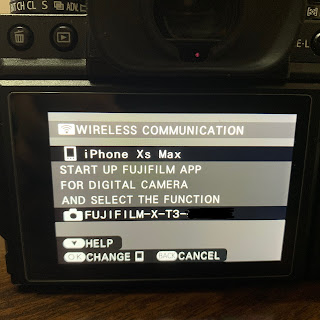 In my previous Fujifilm camera, the X-T20, connection to the smartphone is done only via WiFi. That system works but, after some time, the phone turns off the WiFi antenna and disconnects from the camera and you will then need to re-pair the two if you want to be able to do some of the features I mentioned above.


With Bluetooth, the two are always paired (provided they are separated by no more than 30 feet; or if there are no walls between them) so you can confidently rely on the fact that all your photos will be geotagged. And since the X-T3 uses Bluetooth Low Energy (BLE), you don’t have to worry about your battery getting drained by the connection in either the camera or the phone.


Not so great battery life though...


However, taking pictures or shooting videos actually drain the battery of the T3. Who knew?!?


The battery of the X-T3 is a small one and is actually the same as the one used in the X-T2, X-T20, etc. Maybe Fujifilm, the company, was thinking that, so as not to ostracize users of the older cameras, they decided to use the same old battery. I am all for backwards compatibility but this is where I disagree with the company. The company rates the NP-W126S to last for 390 shots. I still would have to reach that number of shots on a single charge of the battery... I feel like I can only get about 250 shots on a single charge. Definitely less than 300 shots. So, spare batteries are a must. If you plan to do a whole day photo walk or if you are gonna shoot a whole day event like a wedding (all the way to the reception and party), then you must have at least 5 spare batteries. And you need to charge the used ones once they are depleted just to have some kind of insurance. 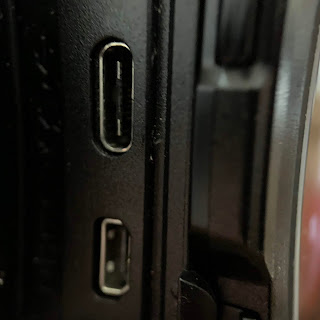 You can also charge the camera via USB-C! So, if you have a power brick with you for your smartphones or tablets, then you can also use that to charge the X-T3. However, you cannot use the camera while it is charging. This is a shame... If you want to do a long time lapse photography, then you will have to contend with missing some of the shots while you change batteries. This seems like a wasted opportunity… With such a small battery, I was hoping that Fujifilm will let us use the camera while the battery in the camera is being charged. Or bypass the battery all together while the camera is connected to an external source via USB-C. You will just need to contend with the heating though.


I wish the wall charger can be connected to a battery pack also. This will prove useful if you do not have a wall outlet nearby and you have a battery pack knocking around in your bag.


A good-looking camera is nothing if it does not take great photos!


And the Fujifilm X-T3 does!


I’ve had the camera for several months now. But I didn’t want to write a review of the camera when I have experienced it for a couple of weeks only. I wanted to really use the camera before I give it a proper assessment. 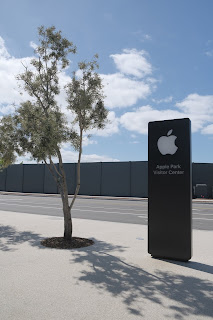 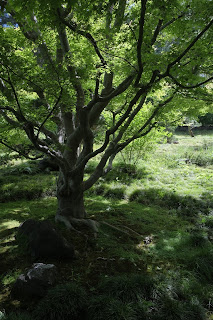 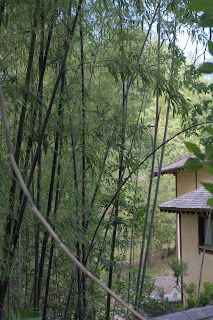 Now, the picture quality of the Fujifilm X-T3 is one of the best! I don’t even shoot RAW photos anymore with this one. There really is no need unless you are the type of person who likes to make a lot of changes to their photos via Photoshop or the like. I am not that kind of photographer right now. I only, most of the time, just adjust for cropping and fixing the horizon. Other than that, I mostly just leave my photos un-retouched. However, for professional photographers, like wedding or portrait photographers, just to cite examples, shooting in camera raw is available as an option. With it, you can edit to your heart’s content without degrading the quality of the final print.


Shooting with high ISO isn’t a problem with the camera. Even at ISO 12,800, photos come out clean and there is not much grain. I have shot with this camera in almost dark conditions and yet the grains in the photos are still acceptable. The sensor in this camera is a beast! 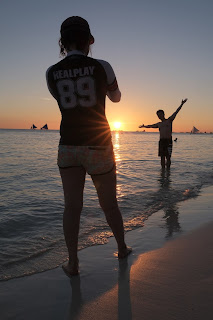 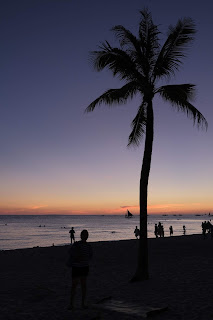 Fujifim produces some of the best photos out there! And the X-T3 is one of the best. And, for me, color rendition straight from the camera is best with the Fujifilm-branded cameras. (Note: the following three photos were post-processed using the app Snapseed.) 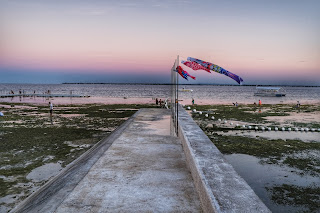 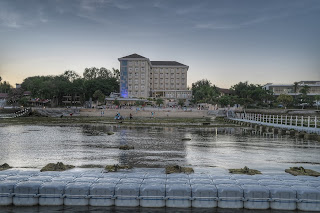 And as I’ve said, you can be as deliberate with this camera as much as you want. You can enjoy the scenery, take it all in with your own eyes, then maybe take a couple of shots, take a breath. Change ISO, change aperture - you can be as slow as you want. 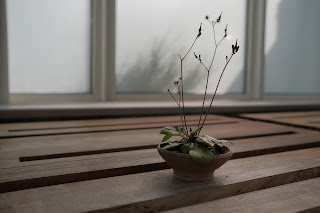 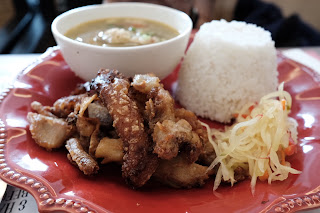 Or you can be a speed demon with this camera also! Like in sports where most things happen so fast! 30 frames per second fast!!! However, I am, as a photographer, of the former camp. But, if the need arises, I will be able to capture life as it happens - fast but still deliberate. If that makes any sense! 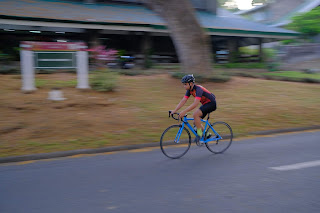 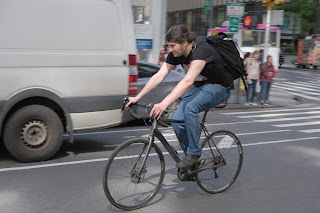 A Love Affair That Will Last A Long Time


So, I feel that I have already expressed my long-lasting love for the Fujifilm X-T3. Paired with the Fujinon 23mm f/2 lens (review), this is the lens-camera combination that I carry with me in my many adventures. I love that both are weather-resistant. I love that the combination is not that heavy compared to DSLRs and their prime lens counterparts. I love the feel of the X-T3 in my hands. I love the way that it looks. I love everything about it. 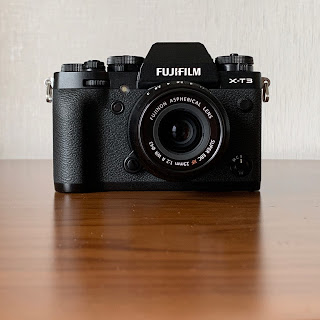 For me, the Fujifilm X-T3 is the perfect camera!


If it is not yet obvious to you, for me, the Fujifilm X-T3 is Highly Recommended! 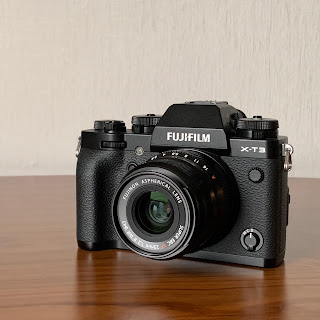 Posted by garybc at 3:38 AM No comments: