Photoshop's "Photo Merge" is Not Only for Landscapes

However, another power of photoshop is in combining photos of people and making a "panorama" from several shots.


Consider the photos below: 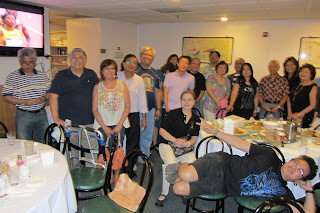 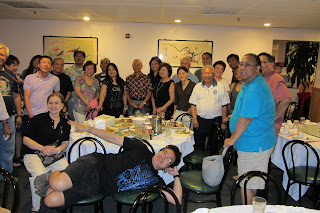 The wife and I had dinner with some old and new friends and, as often happens in such happenings, photography is almost always involved. However, there was not enough space for me to back into so I decided to take two photos of the group. (Also, if ever there is enough space to back up to, if ever I did that, then there would be a huge empty space at the top and at the bottom of the photo. Oh, and I told the group of my intention to shoot two photographs so that their attention will not waver away from me after I took the first shot and so that their positions would still be relatively the same.)


I combined the two photos into one panorama shot and what I got was this:

I am very happy with this shot (and more so since I only used a Canon Powershot to take these). The power of combining the photos into one photo panorama came from photoshop. I love it.