In a previous post, I talked about the lens that I wish to add to my collection: the Canon EF 24-70 f/2.8L lens. I've been reading a lot of reviews about this lens from the World Wide Web but mostly from user reviews from the Amazon website. There are a lot of reviews, with some dating as far back as 2004. A lot of camera bodies since then, the lens is still in the Canon catalog and there is still an on-going debate on whether to get the f/2.8 lens or the Canon EF 24-105 f/4L IS.

So, further tests must be done to answer which, given the chance, L lens I would get, specifically, would the increased ISO be a factor on whether I should get the f/2.8 or the f/4 - would my camera

be able to give me workable photos despite the increased ISO?

Again, to help me with this experiment, I will be employing my trust-50 Canon EF 50 f/1.8. All shots were taken handheld with the shutter speed enough to prevent camera shake. This was done so that I will be able to test if I can do away with the IS completely. The set back with hand-holding the camera is, unlike in the previous post I alluded to at the start, I won't be able to provide an exact replica of the picture albeit the change in the settings - the shots would be slightly off.

The only edits done were for cropping the shots and a little boost in saturation. White balance was set in-camera. The ISO and aperture settings were only one step apart in each paired shots. The only exception is when I boosted the ISO to high heavens.

I started off with shots of the Wired cover that's picking up some controversy lately. I focused on the lower-left corner of the box binding the letter "R". The ISO settings, aperture openings and shutter speeds are as labelled. 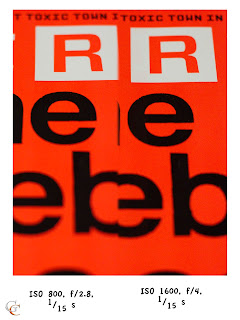 As you can see from this photo, it is very hard to differentiate the noise in the shots due to the high ISO. The 7D

is really doing a very good job here. The next photo is a screen capture of the same photo as above but zoomed in to 100%. 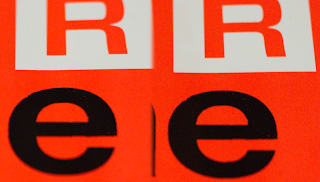 Again, even zoomed in, it is very hard to tell which one has a higher ISO rating.

Next up, I took pictures of a light switch in a room lit with a fluorescent bulb. Because the room is fairly lit, I was able to use a lower ISO rating for the shots. 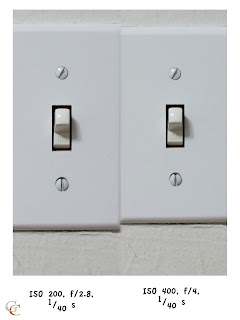 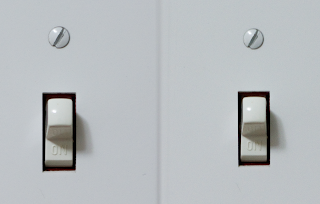 With the lower ISO, what I got were pretty clean pictures.

And finally, as the ultimate test, I took some pictures with the light only coming from a slightly opened door. Shot of the light source can be seen in the picture below. The wife can be seen here busily working. 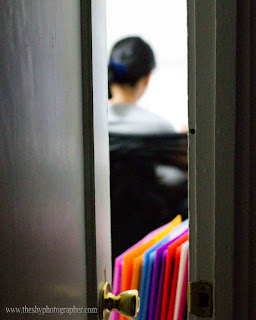 With this test, I used the expanded ISO setting for my camera, the first time I have done that. 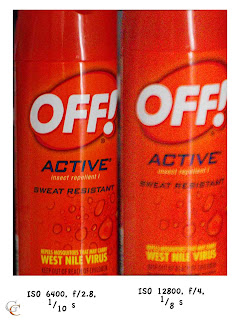 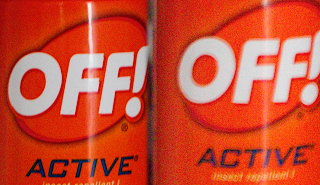 Now, this is where it gets dicey. You can see the effect, the noise in the picture, because of the very high ISO.

So, what are my findings?

From my perspective, I can get away with shots with ISO ratings below 3200. Higher than that, noise would be very apparent in the shots. What does this mean? Well, it means that getting an f/4 lens wouldn't make much difference to getting an f/2.8 lens shutter-speed-wise. If you are hampered by the slow shuttered speed due to the smaller aperture of the f/4 then you can just increase the ISO of the sensor and not worry too much about the noise in the pictures. The IS of the lens also would greatly help in the hand-holdability of the camera, though, as I've said in my previous post, the IS is not supposed to stop motion in photos.

So, given the chance, and with these new findings on hand, what would I now buy?

I'd like to start with the bigger aperture first before I increase the ISO. This would mean I'd get a cleaner shot every time for a given shutter speed. Second, and I'd have to credit the wife for this, I can go to f/4 from f/2.8, if I need to, but if I get the f/4, then that is the biggest aperture that I can get. Third, the shallower depth-of-field is more pleasing on portrait photography.

The only thing I am greatly worried about now is the weight of the f/2.8 lens - it's about two pounds worth which will be added to my gripped 7D. I hope my wrist won't hurt because of this added weight.


And as I go to the Canon Expo in New York, I am hoping that I will be able to try this lens before I get the chance to own one. Who knows, I might get lucky and win one, if there is one to be given away. :)
Posted by garybc at 10:31 PM