For the first time, I attended an Expo that doesn't involve books. I got an invite from Canon and, the moment I got the invite, I pre-registered right away. The Expo itself was held on September 2 and 3.

I arrived at the Javits Convention Center really, very eager to attend. It was a really hot late summer day but I didn't mind the heat. All I wanted to do was go to the Expo, attend workshops, and hopefully to get a hold of the Canon lenses that I wish I had now...

After getting my ID and having my bag checked, I was greeted by this sight: 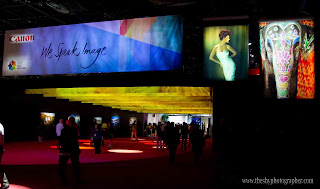 and still use a flash to take a picture of this. They could've at least tried to read a little something about photography...

Before you enter the hall, you will be greeted by Canon representatives who will give you a swag bag. I was not able to put much into it, but I certainly garnered a lot of useful experience.

I entered a section called "The New York Experience". There was a Statue of Liberty, a real person I might add (I hate myself for not getting a shot of her), some video cams on display, DSLRs, point-and-shoots, and models ice skating -- with no ice! 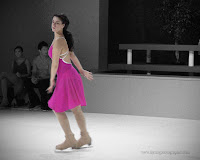 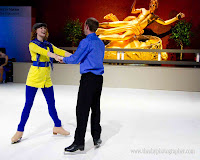 I attended a lot of seminars too conducted by Canon's Explorers of Light.


I was also able to witness professional photographers in action!

It was a great opportunity to see these photographers in action.

I was also able to get into some of the action. There was a booth where Michel Tcherevkoff was doing a fashion shoot. He was giving a little lecture as he shoots the model. His picture above with the camera was my record of the photo shoot. These are my shots of the model:

I thought that that was the highlight of the expo. But it turned out that there was a fashion show with a runway. This was the highlight. (That was where I took the photos of Greg Heisler and Douglas Kirkland above. They shot the gorgeous models in the runway.) Why was the fashion show the highlight? Well there were some sixty or so cameras that you can use during the shoot! Of course I opted for the ones that I don't have, like the Canon 5D Mark II

, and the Canon 1Ds Mark III

. That was a lot of fun! And I get to try different L lenses attached to different cameras. The pictures below are my shots from the cameras that were lent during the fashion show (the pictures are labeled with the camera and lens used). 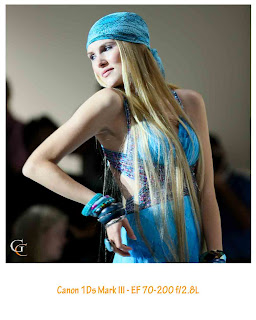 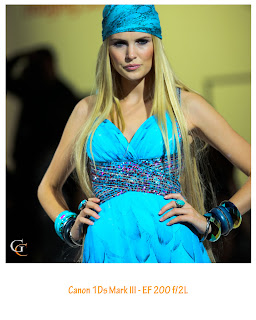 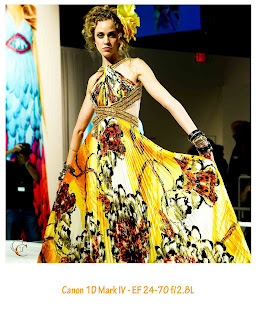 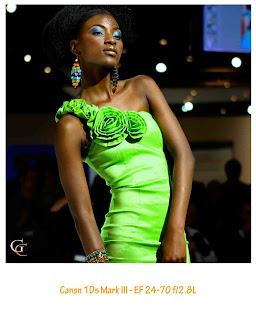 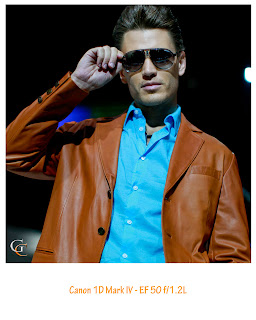 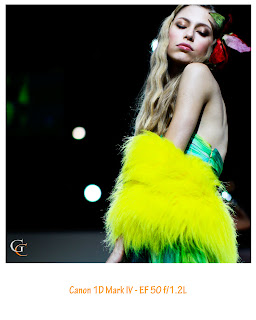 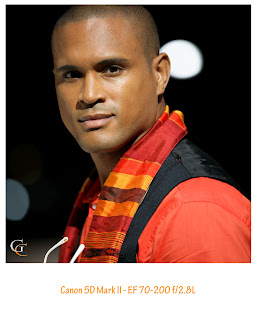 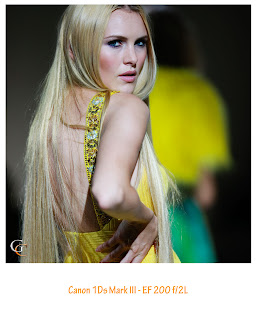 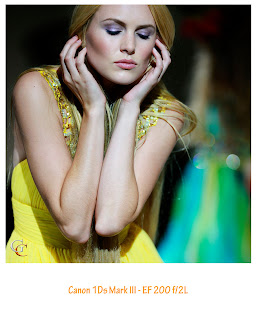 , though it was too heavy (it could break an arm) and it could break your wallet too at around $5000! It was a good thing I was able to try it out at the expo. It was one heck of an experience.

(Also, I discovered that I love the "gripped" cameras than the ones without [the 1D series as opposed to an ungripped 5D Mark II]. I found that it was much easier to compose the shot with the 1D and 1Ds than the 5D. This is especially true when I used the 70-200mm f/2.8 and 200mm f/2 canons - pun intended. Well, my DSLR is now already gripped, so there you go...)

I absolutely love being able to go to the Canon Expo 2010 in New York. I would like to thank Canon for giving me an invite. I hope to attend more of these in the future. For now, I still have a lot of photos to edit from the expo, specifically the fashion show.

I saw the 120 megapixel Canon sensor there! And the 3D view of the inside of a DSLR and its production and manufacture was also great. Lastly, I wish I was able to try the Oxygen Bar...
Posted by garybc at 1:16 AM