If you want a moderate length prime lens that can accommodate most of your needs, then you should consider the Fujinon XF 35mm f/2 R WR.


The 35mm is equivalent to roughly 53mm on a full-frame sensor. This means that the pictures taken with this lens is equivalent to what the human eye can see. This is the reason why the 50mm lens is a favorite of a lot of photographers! It is very akin to the human perception. 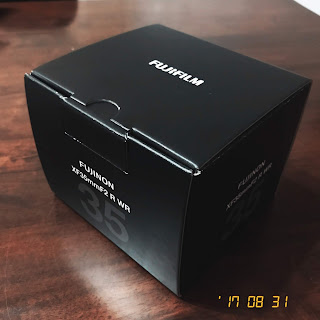 And that is exactly what you can get with the Fujinon XF 35mm f/2 R WR.


The Lens' Features and Build Quality:


The lens feels solid in the hand. 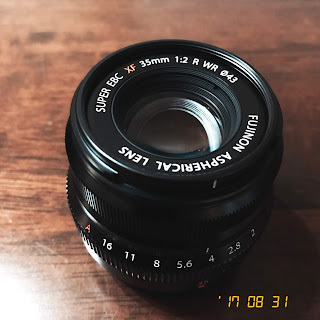 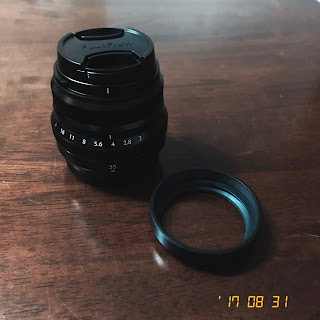 It looks like a toy because of its size (a friend even thought that, with the Fujifilm X-T20, I was using a toy camera from afar), but its appearance will deceive you. As I’ve said, it is solidly built and it feels really dense. The manual focus ring is wide and it offers a firm resistance when you turn it. There is an aperture ring outside so you won’t have to guess at what aperture opening you are shooting with. It has its own lens hood but I only keep it on so that, if ever I bump into things, it’ll be the hood that will take the brunt of the force and not the lens itself. I don’t know how effective the lens hood is at preventing stray light for it is not that deep. Lastly, the lens uses a 43mm size filter, which is the smallest filter size I have used so far.


Paired with the Fujifilm X-T20, I took the lens to Singapore. The lens performed admirably, to say the least. With this lens, I was able to shoot landscapes - the lens is still wide enough to accommodate outdoor shots. And the photos produced are crisp and sharp. Note though that this does not have image stabilization. So, your shutter speed should not be longer than 1/35 of a second. Else, you will get blurry shots. Especially if you have been over-caffeinated... 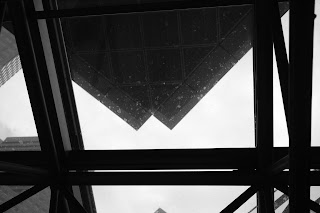 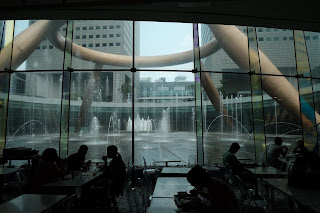 And when it comes to portraits, since the focal length mimics that of the human eyes, portraits appear really pleasant.


Just don’t try to take selfies with it: putting yourself in the shot is really, really difficult because of the relatively long focal length. 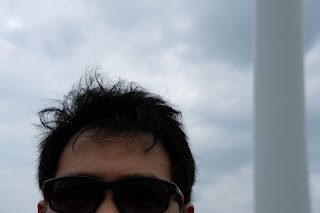 The f/2 maximum aperture of this lens produces really creamy bokeh. I’ve said this before and I’ll say it again: today’s smartphones can mimic the bokeh produced by large aperture lenses, but they can never beat the real thing. 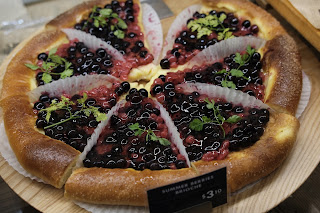 Paired with similarly weather-resistant camera body, the WR in the name of the lens, the Fujinon XF 35mm f/2 R WR can withstand some beating. It is resistant to rain, dust and sand. Just don’t immerse your camera in water: it does not have the same rating as iPhone Xs. You should also not change lenses in wet, windy or sandy situations.


Finally, a point of caution: the 35mm is still good for street photography and landscapes, but it might be too narrow indoors. So, if you do most of your shoots in close quarters, then you might need to consider a wider glass. Or get a zoom lens, like the Fujinon 18-55mm f/2.8-4 R LM OIS which I reviewed here. Or bring another wider prime...


The Fujinon XF 35mm f/2 R WR can serve as a moderately-wide street lens, a relatively short portrait lens, but a generally really good all-around lens. It is often said that, for full-frame shooter, if you can only have one lens, then that lens will be the 50mm prime. For an APS-C standard, such as the Fujifilm X-T20, the equivalent lens is the Fujinon XF 35mm f/2 R WR. 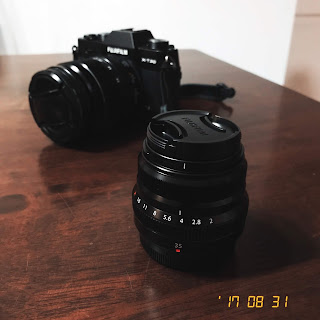 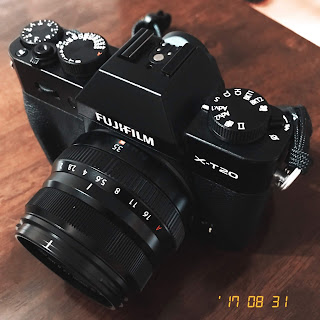