Review of the Microsoft Lumia 950

N.B. This is a reposting of my original article that first appeared on the GMA Network website. I added more photos here since there are no constraints here to the number of photos that I can include and I've also updated this post to address some of the comments on that article. The link to the GMA Network post can be found here.


A long, long time ago, I really wanted a Microsoft phone. So as not to reveal my true age, I will not say what model that was. But my point is, I wanted a phone that can do what a bar phone of the time can't do: keep appointments, make a list of my contacts, set reminders, and sync with my PC.


Now we have smartphones that can do most of what full desktop PCs can do. There are cameraphones now that can challenge the photo quality of DSLRs of years past. And more importantly, phones now can keep us connected to any other portion of the globe.


Being an Apple fan, I own an iPhone 6s+ and this device has substituted most of my everyday gadgets. 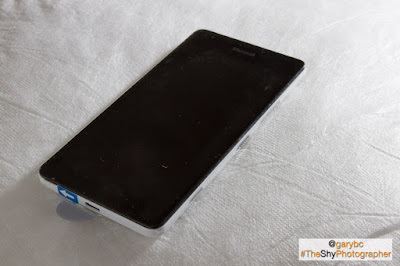 However, being a gadget guy, I always look at what is on the other side of the divide. I am not an Apple snob, so even if I am an Apple loyalist, I still look at what the other gadget makers have to offer. So, when I was asked to do a review of the Microsoft Lumia 950, I immediately jumped on the opportunity. 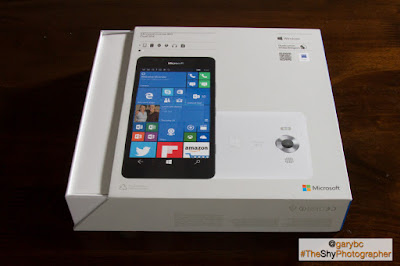 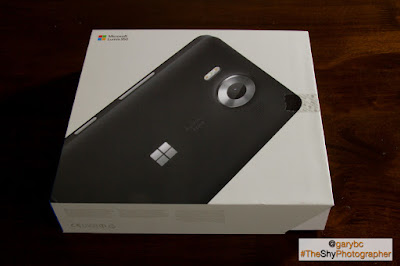 So, with that, I would like to say before going any further that my review of this phone will be seen through an iPhone lens, if that makes sense. 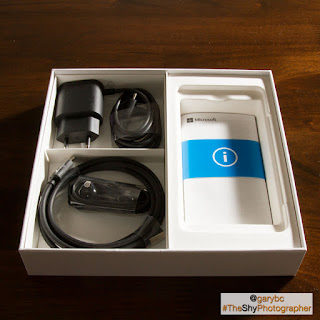 The phone has a very nice construction. You put your SIM card in by removing the back cover and by removing the battery. This phone is actually a "dual-SIM" one, so you can actually put two cards at the same time. You can also expand the storage capacity of the phone by using a micro-SD card. The construction of the phone is impressive so even if the back is removable, there are no squeaking sounds when you press the back cover. 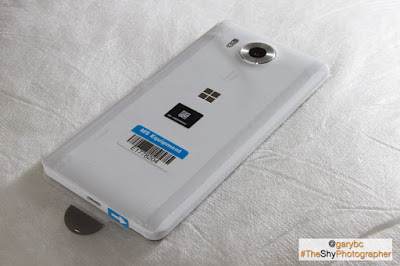 
When you switch on the phone, you will be greeted by a gorgeous screen. Set up is fairly simple though using a phone pin to protect your contents will require you to have a Microsoft account (like live.com, for example). I am guessing that this is required so that you will have a place to send the recovery pin if ever you forget your password. 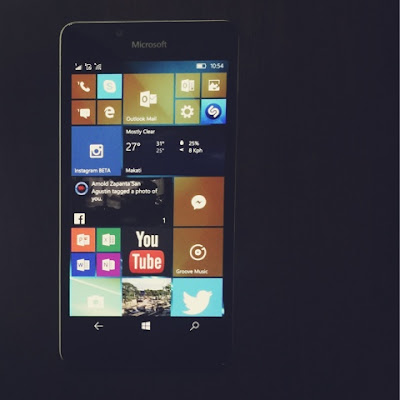 The built-in apps are extensive enough to make the phone useable and enjoyable out of the box. There are the usual apps like the different office apps, mail, calendar and contacts, to name a few. There is also a music player, an app to dump all of your photos and videos, and, of course, a camera app.


You can assign tiles for the apps that you use most of the time. The level of customization for the look of the “desktop” is highly commendable.


Speaking of camera, this is the one thing that outshines the iPhone outright: the camera of the Lumia is really great and the pictures show great details. I am primarily a gadget photographer, so I was impressed by the Lumia even in low-light conditions. And at 20 megapixels, you will be able to crop photos to re-compose your shot. The photos are auto-processed after each shot and the auto-HDR is really impressive. And what’s more impressive is you can have full manual control of the camera app, like setting ISO, aperture, and shutter speed.


And yes, you can shoot raw photos with this, in DNG format, so you will be able to tweak your shots after the fact without sacrificing the quality of your photos. Take note, though, that shooting in DNG format will produce bigger-sized file sizes.

If you take the latter route, transferring photos to a computer was a big pain… My laptop didn’t recognize the phone, nor the SD card, as an external drive so what I did was a round-about way of transferring files: I uploaded the photos from the phone to OneDrive, then I downloaded the photos from OneDrive to my computer. This was a really cumbersome process. Maybe there is a downloadable app from Microsoft that will make the Mac and the phone easily find each other, but I wasn’t able to try it out in the time I had the phone. (Update: Some people pointed out that there is an app that can be downloaded from Microsoft to make the phone and the Mac see each other. As I've said, I wasn't able to test it during the time I had the phone and, secondly, what I would have wanted was to have a "disk mode" for the phone, not necessarily to sync the computer and the phone. I don't like not having that with the iPhone, I don't like not having that with this phone.)

The built-in Maps app looks really good and shows a lot of details, though turn-by-turn direction could use more work.

As an iPhone user, there are some things that I found very confusing. A good example is the camera trigger button on the right side of the phone. I kept confusing it for the power button so in some of the times I wanted to open the phone, I actually opened the camera app.


Aside from the built in apps, there are really not a lot of apps on the Microsoft app store. Twitter has a native app, as well as Facebook, though Instagram is still on beta. YouTube doesn't even have a native app; it’s just a mobile web browser… (Update: People pointed out that there are a lot of third party apps... I am not talking about those here. I am talking about apps made by the companies themselves. It really boggled my mind why Google has not made a YouTube app for the Lumia...)

Oh, I don’t know why I kept seeing the same posts on FB…


The sound produced by the phone was really good though the music app could still use some tweaking. You will have to use earphones though, if you really want to take advantage of the sound quality of the phone. Well, this is true for most phones anyway… And yes, you will have to set the equalizer for you to enjoy the sound. I thought, at the beginning, that the sound produced by the phone was flat, but when I changed the equalizer preset, the phone sounded much, much better. 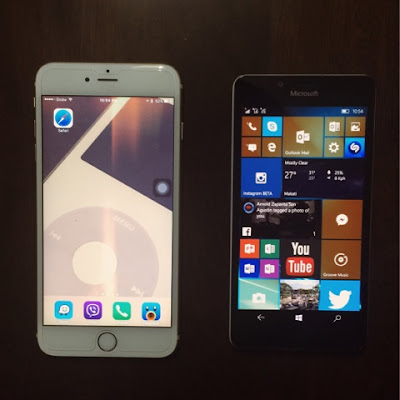 
Despite the 3GB RAM, the phone is a tad slower than the 2GB-RAM iPhone 6s+. And also, I don’t know if it was just my demo unit or true for all Lumia 950s, but the one I used can get really warm even if I wasn’t actually using it. (Update: Some people pointed out that the phone did not get as warm after they updated the OS. I did not get that chance in the time I had the phone... Oh, I don't think I ever said anything about battery problems either...)


Battery life lasted the whole day through my usual usage (LTE, wifi and bluetooth always on; about four to five hours of cumulative reading twitter and FB and website browsing, plus emails and listening to music).


And, oh, I absolutely loved unlocking the phone using the iris scanner! 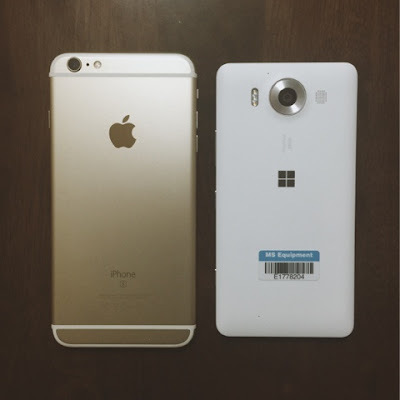 I can see myself using this phone. I will recommend this highly for those people who use two networks but don’t want to use two phones. And though there are far fewer apps for the Lumia, the apps that came with the phone out of the box will still make this device a compelling choice. And if you are a user of the different Microsoft tablets/computers, the look and feel of this phone will make you feel immediately at home. 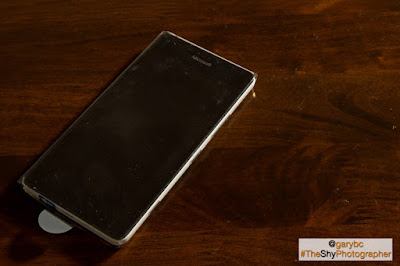