I said in a previous post that if you want to take your photography, and to a similar extent your videography, to the next level you must have your light source off-camera. You would be lucky if your camera has a built-in way to do that, like the Canon 7D and Canon 60D, via the built-in remote control. If you are using a Canon 5D Mark II however, then you're out of luck because that camera model doesn't have it's own flash triggering capability. In the latter's case, you would need something to control your off-camera flash, like radio triggers.

Or, as I've said in the title, the easiest way to do that is to use a flash sync cord.

What is the problem with using a speedlite on your camera?

Look at the photo of the wife below. In this shot, the speedlite was on top of the camera. As you can see from the photo, the light is flat because it has no directionality. It is a good picture but it could be great. 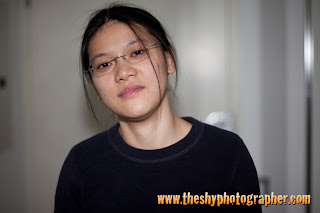 Things get worse when you put the camera in a portrait orientation. Aside from the flat lighting, you can see the shadow just behind the wife. 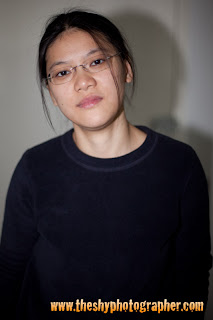 But, if you use a flash sync cord, then you can raise the flash to a higher position and place it more to the side. 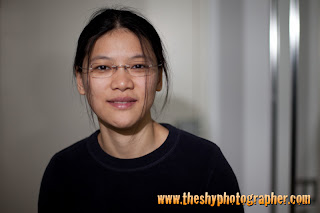 See, the shadow is lower and the light is more directional - the lighting is more flattering on this shot.

Also, the shadow on the side when shooting in the portrait orientation is solved because the flash is no longer sitting on top of the DSLR: 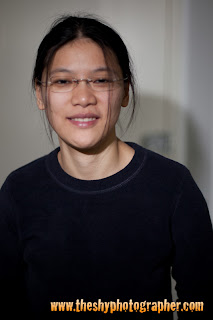 If I raise the flash much higher, then I will be able to eliminate the shadow completely! And also, I didn't use any flash modifiers in these shots and yet I still got really good shots in the last two photos - removing your flash from the top of the camera really has a lot of benefits.

Well, instead of having both of your hands solely dedicated to the camera (plus flash), you will now have only one hand supporting the camera and the other holds the flash. Also, it would be really, really difficult if you want to put the light on camera right.

But the benefits outweigh the difficulties... So, if you want to take your photography to the next level, get a flash sync cord as a first step to getting your flash off camera.

Want the best backpack for your DSLR? Check out my review of my favorite, the Lowepro Versapack 200AW, here and here.
Posted by garybc at 12:10 AM