NB: This post first appeared on the GMA News Online website. The link to that post could be found here. I also updated the screenshots of my workouts to show a more comprehensive workout, ie, the one where I nearly burst an artery climbing equivalent to 55 floors within an hour and a half.


At the start of the year, I decided to take on a challenge, to get a gadget that can help improve my fitness level. Of the thousands of fitness-related gadgets out there— the iPhone and the Apple Watch included— Fitbit is the best-selling brand, and I decided to get one for myself. Fitbit has been around for 8 years already, but it became available in the Philippines only in the last quarter of 2015. I was ready to buy a fitness tracker then and I was happy that Fitbit became locally available just in time. 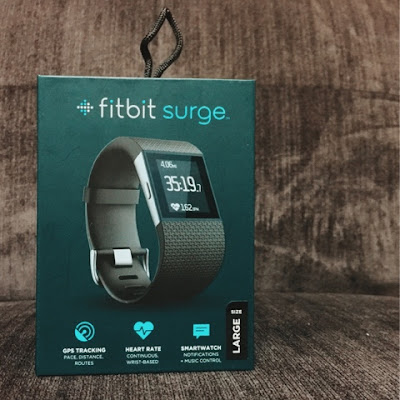 There were still many models to choose from. Since I regularly wear a wrist watch, I decided to get the most watch-like of the bunch: I got a Fitbit Surge.


The Fitbit Surge, as I have mentioned, is like a watch. The clock body measures 3 centimeters tall and 3.3 centimeters wide. There is a black bezel around the clock face that makes the actual display smaller. The body of the watch has a wedge design and it tapers from about 1 centimeter from the top to about 0.7 centimeter at the bottom. Since I am fond of wearing a Casio G-Shock, the size of the Surge is fine with me. 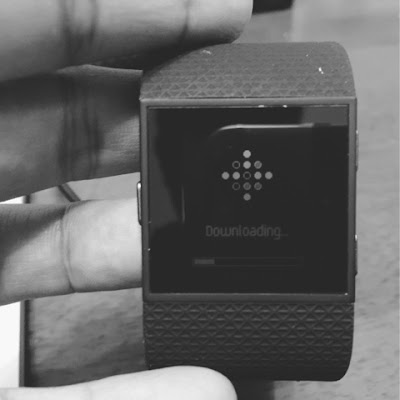 The strap is made up of a stretchy material and is tied together by a more traditional buckle. A loop ties out the excess strap and there is a ridge underneath the loop that will prevent the strap from getting loose. 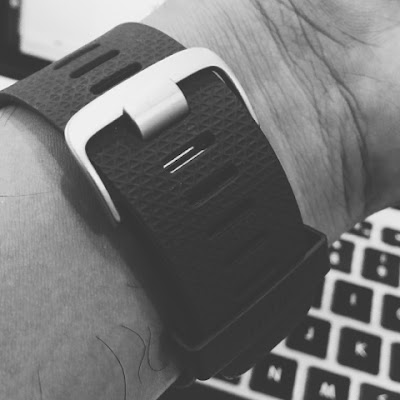 Underneath the watch, there is a heart rate sensor and a charging port. The charging port is proprietary and that ticks off a mark on my rating for the Surge. (How I wish all these gadget-makers reach out to each other and make a concerted effort to make all chargers standardized!) 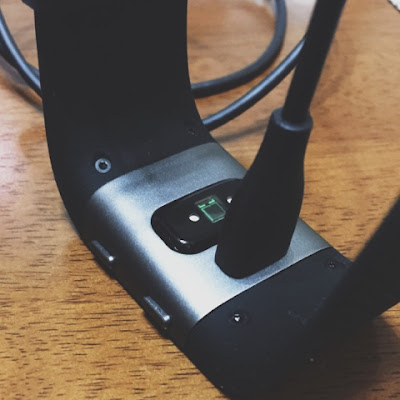 The heart rate sensor emits a green light. At night, when you wear this device to sleep, don’t be surprised if you see a green glow next to your skin… 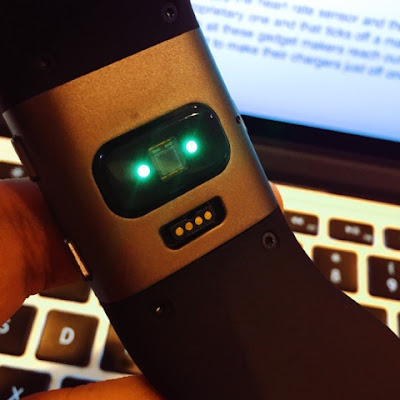 There are three buttons altogether, one on the left and two on the right, and you press those depending on the function you want to go into. The display is touch screen-capable and you swipe left or right to view the number of steps you’ve taken, your heart rate, the distance you’ve walked, the calories you’ve burned, and the number of floors you have climbed.


It displays the time all the time and, in some face watch options, it also displays the date. There are four watch faces and my favorite is the “Digital” one. 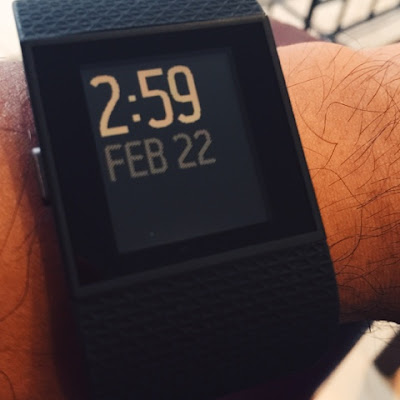 Battery life lasts for four days with the heart rate sensor switched on. This is far from Fitbit’s claim that this watch will last for a week. I wish I’d only need to charge this thing once a week, but at least it only takes two hours to get a full charge.


There is a GPS sensor built in so you can track your outdoor exercises even if you don’t have your smartphone with you. There is also an altimeter sensor that will measure the number of floors you have climbed. This is the one thing that other device makers can’t seem to integrate into their trackers. And this is one reason why, for me, Fitbit is one of the best.


Overall, the construction of the Surge is top-notch and it can take a beating when you work out or when you play your favorite non-contact sports. It is even water resistant so don’t be afraid of catching the rain in one of your runs. Just don’t swim with it. And don’t take it to the shower…


Of course, owning this device will not make you suddenly fit or capable of running an ultra-marathon. The device is simply used as a guide and as a reminder for you to move. It is worn, ideally, 24/7 and it will measure a lot of things that can help improve your fitness level.


The first thing it is capable of is the steps measurement. It is said that you should move 10,000 steps a day. This is a tall order for a lot of people, including myself, so I set a personal bar of at least 5,000 steps per day. If I don’t do that, then I consider the day, fitness-wise, lost. If I don’t meet this daily requirement, then it simply means I’ve been sitting most of the day and that is never good. A sedentary life is not a good way to live… But, on days that I specifically set for exercise, I have set a goal of 10,000 steps. These are days when I jog, preferably outdoors. Since I started wearing the Surge, I have noticed that my jogging speed has significantly improved. I used to jog at a glacial average speed of 13 minutes/kilometer but ten weeks in, I now jog at an average speed of 8 minutes/kilometer. I even had, in my last jog, a sustained speed of 6.5 minutes/kilometer for one kilometer! 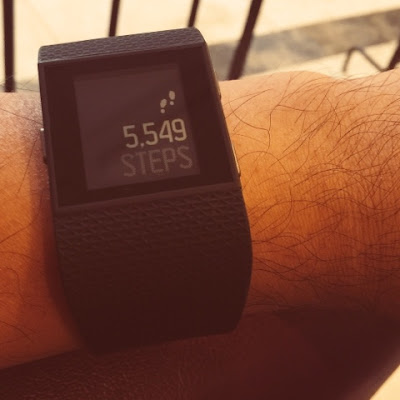 Now, I could have gotten a simple pedometers— even the cheap ones will do a good job of measuring my steps. But I got the Surge specifically for the heart rate monitor. What this does is measure your heart rate 24/7. The device gets your resting heart rate when you wear it while you sleep. Anytime you do extraneous activities, your heart rate gets measured also. With this measurement, the device can measure the calories you burn during a workout more precisely. As I’ve said, cheaper devices can measure your steps accurately, but it cannot distinguish if you are doing a slow, relaxed walk or a brisk jog. For these cheaper pedometers, a step is a step is a step… Those with precise heart rate monitors can measure the amount of energy you use up. When you jog or run, your heart rate goes up and the Fitbit Surge will be able to precisely measure the intensity of your workout. And how can a pedometer track your weight-lifting, yoga, or biking? 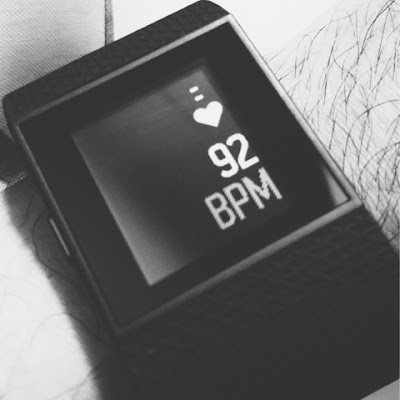 Moreover, wrist-worn pedometers got a bad rep from yesteryears for their inaccuracy. For example, if you swing your arms a lot when you talk, those will be counted as steps. On the other hand, if you are carrying a cup of coffee, the wearable won’t be able to measure your steps because your arms are not swinging as much. The Fitbit Surge is more capable in that regard— it counts steps correctly in either case, and it also doesn’t count my arm movements as steps when I’m driving. Just don’t push a shopping cart— those won’t be counted even on the Surge…


[An aside: some people have complained about the accuracy of the heart rate monitor on some Fitbit devices. However, I have compared the measurement of the Surge with a dedicated blood pressure monitor and even with the iPhone (yes, you can measure your heart rate using your iPhone, though not 24/7) and I’ve found the measurements to be really precise.]


So, how does the Surge and other heart rate monitors work? Well, it requires some knowledge of biology and physics… Wait, come back! I won't make it too technical. :) 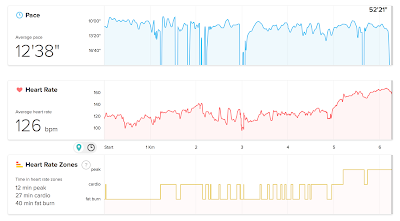 This makes the Surge better at measuring fitness than cheaper pedometers. Because of the heart rate measurement, the Surge is capable of precisely measuring the extra calories you burn when you exert more effort. [I said “extra” since you actually burn calories solely for being alive…]


The Surge also has a built-in GPS sensor, so you don’t need your smartphone with you when you run. This is a great advantage over other wearables. Since phones now have huge screens, bringing one can be a big nuisance— the phones are heavy! Add to that your phone case, battery pack… 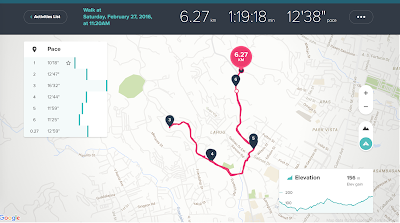 Take note, though, that when you use the GPS, the battery life of the Surge drops down to 10 hours. So, what I do is, I charge the Surge every time I use the GPS. And since you can’t take the Surge in the shower with you anyway, I use that time to charge the device.


Since you don’t need to charge the watch every night, the quality of your sleep can be measured by the device. This is the last point I want to make about the watch. Unlike other smartwatches that require charging at the end of the day, you can continue wearing the Surge when you go to bed. You don’t need to do anything to tell the device that you are going to sleep, the Surge does it automatically for you. How does it do it? Well, I’m guessing that when you sleep, you move less and your heart rate goes down. [This involves some proprietary technology so I’m not exactly sure how it works.] Wearing your Surge to sleep is actually the best way of measuring your base heart rate.


All of these measurements are tied together in Fitbit’s smartphone and browser-based apps. When you sync the Surge with your smartphone or your computer, you will see a summary of the fitness-related events that you did for the day. I was actually surprised to find out that, before the Surge, I didn’t drink a lot of water. That was really, really bad… Now, my cardio level has increased and my lack of fluid intake has been addressed.

I love the Fitbit Surge. It can tell you about an incoming phone call, or the latest text messages that you have received.


But more so, it is a great device to remind me to move more, drink more, eat less, and eat healthy. It will not make you fit— you have to do the work you know— but it is a good guide and motivator. I would have loved to have an actual week-long battery life and a more standard charging port, but these are some of the pains I am willing to overlook. Get one if you think this will guide you to a healthier lifestyle. It has worked for me and I hope it does for you too!


Now, if only Fitbit will let me test their other products... :)