As I've said in a previous post, I fell in love with jogging. However, I needed to retire my pair of shoes: it had its share of run ins from the toe paths of Princeton, NJ to the concrete trail of Chicago's Lake Shore Trail. So, when I got the new pair, I decided to make some photos of it. (Full disclosure: I already used the shoes before I got around to photographing it.)


These are the photos that I was able to make.

Product photography usually require a big budget, lots of lights, lots of people working and with the most gear one can imagine. But not having those doesn't mean that you cannot make great product pictures. Or at least attempt to. All you need is some photography know-how and a willingness to "drop on the ground", so to speak. 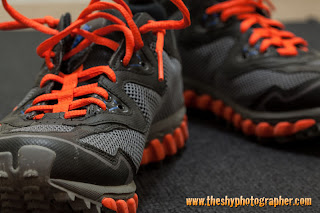 When I started off, I photographed my shoes on top of the foot rug, as pictured above. (Yes, that's a foot rug...) However, I wanted to have some illumination on the underside of the shoes, so, in order to do that, I reversed the foot rug so that the shoes will now be resting on the rug's lighter side. This means the light from the ceiling will then be reflected back to the shoes. However, with the lighter side of the foot rug now in the picture, the scene became dominated by a light-colored background and base. If you know your photography, you know that the camera will then adjust the scene to make it 15% grey: it will underexpose the scene. So, to compensate, I overexposed the setting by one stop. I then adjusted the contrast in post to make the shoes pop. 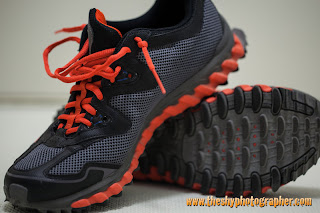 So, the next time have a new gear, whether photography-related, your next iOS device, or even your favorite candy bar, make some photographs out of it. I assure you it will be really satisfying. Oh, and I really love the shoes! 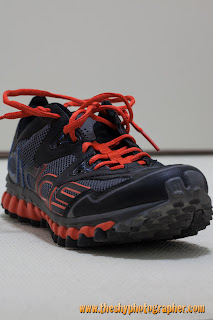 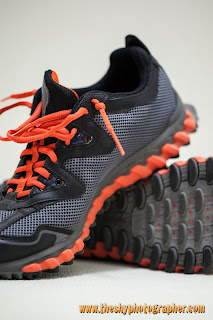 Behind-the-scene shots can be found here. Thanks to the wife for taking these shots. 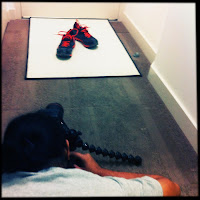 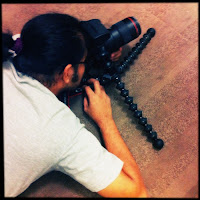