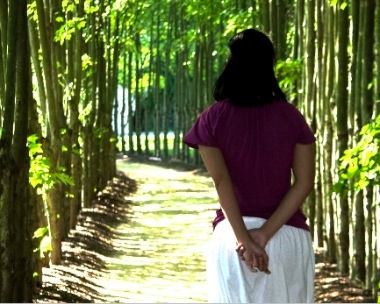 Well, actually, it'd just be trouble for me...
A little backgrounder first.
Only a year ago have I rekindled my love for photography by buying a DSLR. It's an entry level Canon Rebel camera, but, as D-SLRs go, the picture I took with this camera is definitely much better than my old point-and-shoot. Both the DSLR and point-and-shoot take 10 megapixel pictures, but I get more leverage from the DSLR because, first, I can take RAW shots from it, second, its sensor is bigger than the point-and-shoot, and third, the DSLR offers the ability to use different lenses and an external flash. All these things factor in to much better pictures and, I'm happy to say, my picture-taking ability has improved over the course of the year.

But now, with the release of newer cameras, I, and I guess most of beginners and semi-pros, would have to contend with a new reality - stills are not the only thing that a photographer should master. It used to be when DSLRs take stills and video cameras take videos, but now, newer DSLRs are coming out with the ability to take HD videos. What makes these newer DSLRs better in taking videos compared to point-and-shoots is that the the former, as stated before, have bigger sensors. This results in even better videos. So now, not only does one need to have the eye to make meaningful photos and have the necessary tech savvy to post-process the pictures, one must also have the skill to be a really good videographer and cinematographer, not to mention, once again, the tech skills to post-processing skill to make a really good video.
And no, I don't think stills photography is a dying skill. Rather photographers must also now become good videographers.
[Note: I took this picture of my wife when we celebrated our wedding anniversary. Taken at Grounds for Sculpture.]
Posted by garybc at 4:10 PM